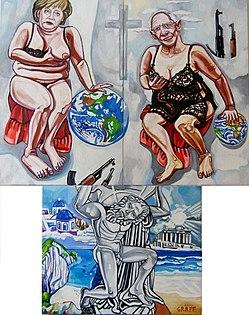 The human cost of Greece's current economic and political crisis is catastrophic and reminiscent of the time following World War 2. Children are collapsing at school as a result of malnutrition, medicines are in short supply and the suicide rate has tripled. Suicide is now a daily occurrence in a country previously not known for its violence or depressive behaviour.